As 2018 draws to an end, Michigan is ranking fourth in the United States in terms of the largest drug problem. This is not a title to be proud of, rather one that draws huge concern for the residents. Over the last 18 years, the heroin epidemic in Michigan, and specifically Detroit, has risen dramatically. In 2008 when the local economy was hit hard with the downturn in the automotive industry, many Detroit residents were left jobless and hopeless. With an endless supply of prescription opioids and Mexican black tar heroin, the city was swept by an epidemic of addiction.

Does Detroit really have a drug problem? Absolutely. The data from the national rankings that place Michigan fourth — behind Washington D.C., Missouri, and New Hampshire — are based on metrics that included the number of high school teens who admitted to illicit drug use in the last month on an anonymous survey, the number of opioid pain reliever prescriptions, overdose deaths, drug arrests, and admission to substance abuse treatment services. As you can see, this number represents those people who are identified by measurable data, and may not accurately depict the true depth of the problem in those who haven’t been “caught” or openly admit their use.

The problem with the staggering number of Michigan residents using and abusing opioids is three-fold. Opioids are not “harmless party drugs” that can be used casually. In fact, many addicts did not start out with large doses of injected heroin. Many addicts started out with a legitimate pain prescription or borrowing prescription narcotics from a friend for a legitimate injury. However, the euphoria the medications, such as Hydrocodone, offer is something that most people rather enjoy. In addition to the chemical changes that alter the brain and cause the body to demand it. When prescriptions run out, people find it all too easy to purchase pills on the street or take their first hit of heroin when pills just aren’t strong enough anymore. Both prescription narcotics and heroin are incredibly addictive, and quickly. And, as long as there is a demand, there are dealers who are more than happy to supply the product.

Quitting opioids is incredibly difficult due to the physical addiction that they cause. Withdrawal symptoms are much more severe with opioids than with other drugs and make even the strongest addicts desperately seek out another hit. Often times, those who attempt to quit using on their own are unsuccessful and quickly relapse. On top of addiction potential and accessibility, overdose is easy with opioids. In any given month, two to three Michigan residents overdose and die The rates of heroin-related deaths have skyrocketed, beating out death by firearm and homicide combined; suicide, flu and pneumonia, and kidney disease. The opioid epidemic is killing Detroit faster than violence or communicable disease.

To save Detroit, what can be done? As a community, we have to work together to fight back against the epidemic that is robbing Detroit and there are a few things that are already being implemented.

In December 2017 Detroit and eight other cities and counties across Michigan filed lawsuits against manufacturer, distributor, and retailers of opioid medications across the state. This lawsuit is similar to those of other cities, counties, and states across the nation pushing back against pharmaceutical companies who continue to perpetuate addiction by providing a seemingly endless supply of opioids despite the known addiction potential. While the lawsuit is aimed at recouping money lost in the war against drugs including increased medical expenses, emergency response, and the lives lost, the real motivation is to take down big pharma the way that big tobacco was taken down more than a decade ago with similar tactics. 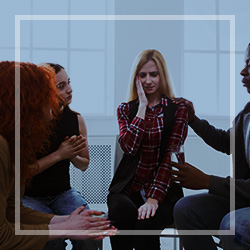 Hope Not Handcuffs is an initiative that was started by Families Against Narcotics (FAN) and includes the support of more than 41 Michigan police departments. The initiative works to bring law enforcement and various community organizations together to find treatment options for addicts seeking drugs. Hope Not Handcuff’s goal is to fight Detroit’s drug problem at the source, by finding resources to help fight addiction, rather than sending drug buyers and users to jail.

Additionally, Michigan’s court systems offer several alternative sentencing programs that allow arrested addicts to attend drug rehab rather than go to prison. For those who are arrested and do not qualify for rehab opt-out programs, many Michigan correctional facilities are armed with RSAT (Residential Substance Abuse Treatment) which is an inpatient rehab program within correctional facilities.

Drug rehab is an option for any addict seeking to overcome their addiction. However, several drug rehabilitation facilities in the Detroit area have ramped up efforts, aggressively reaching out to those in need with safer alternatives. Metropolitan Rehabilitation Center located in Oak Park is proud to be one of those facilities taking Michigan’s heroin problem on, head first. Metro Rehab offers aggressive opioid addiction treatment that includes drug counseling, methadone treatments, in combination with safe, supportive withdrawal care and ongoing outpatient care.

If you or someone you love is struggling with a prescription opiate or heroin addiction, contact us at Metro Rehab today. Our staff will help you find the best treatment option to fit your needs and will help navigate payment options to get you the help you need. Start your journey to a sober life, contact us today!