In a recent survey, 24.6 million Americans admitted to using an illicit drug within the past month. While it is unclear what the survey taker constituted as illicit and whether this is an accurate number considering prescription drug misuse and the legalization of marijuana in some states, we will take it as a good representation of drug use in the United States. However, over 21.7 million Americans suffer from some sort of drug addiction disorder (which is down from 23 million in 2007!). What is more alarming than any of these numbers is that only 2.5 million people received drug rehabilitation treatment. That means that 19.2 million Americans —or roughly 88 percent— are still struggling, without help, to live with or overcome their addictions. 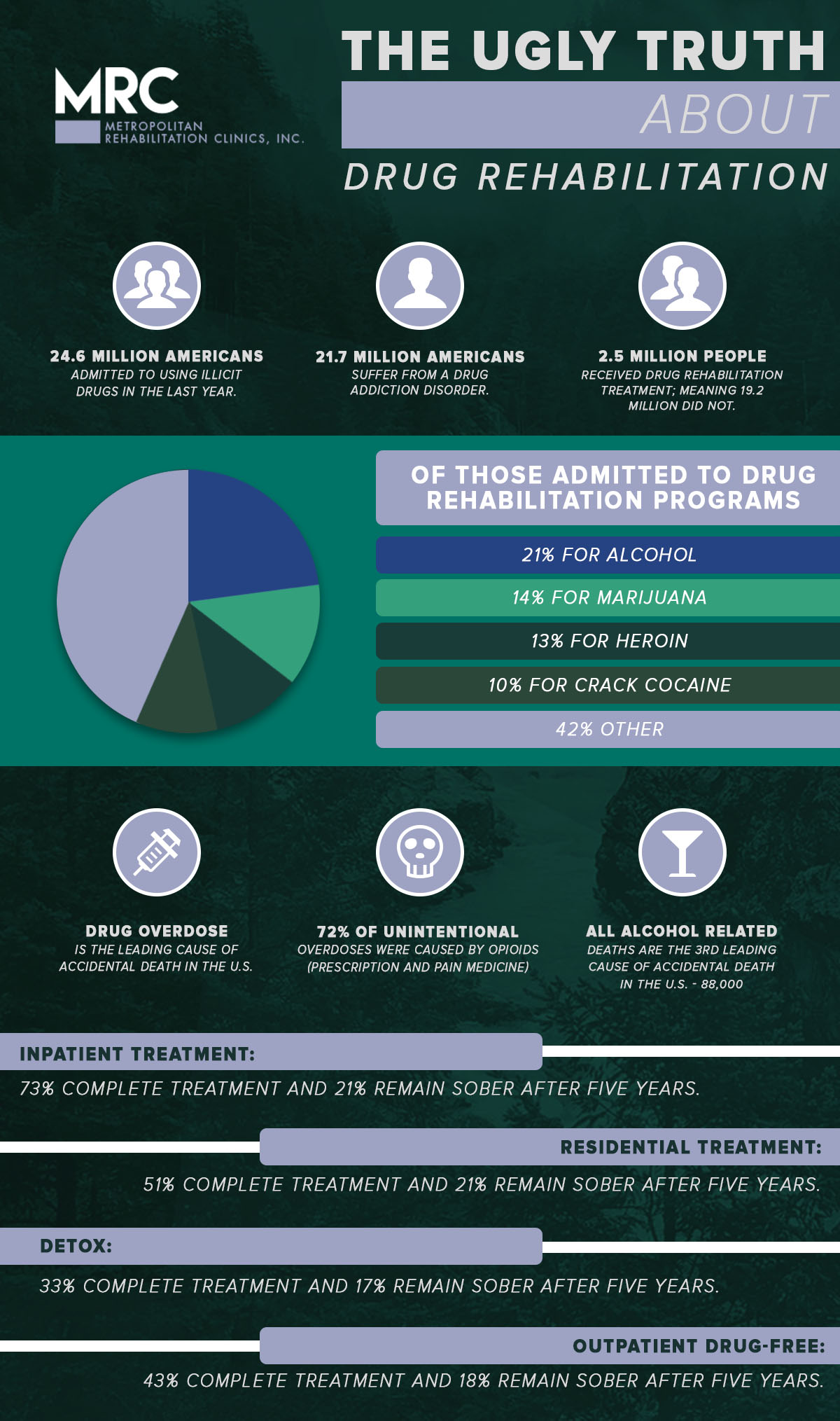 It has been a well-known fact for decades that drugs are robbing our citizens of their lives, both literally and figuratively. Drug overdose is the leading cause of accidental death in the United States, beating out car crashes and firearm-related deaths. Alcohol-related deaths are the third leading cause of accidental death in the nation, claiming not only the lives of the user, but those involved in drinking and driving related auto crashes as well. While these facts only relate to actual death, for the 21.7 million people living with addiction, their addiction is their life —where’s the quality in that? Drug addiction is still something that is thought to concern the poor, the weak, and the homeless, however, this false belief could not be further from the truth. Drug and alcohol addiction affects people from every walk of life —every race, age group, socioeconomic status, and gender— no person or group of people are exempt from being affected by drug addiction. Each of the 21.7 million addicts has families, friends, or co-workers, and the sad truth is that once addiction begins to affect their personalities, finances, and relationships, they end up alone instead of in rehab.

What all of these statistics mean is that the drug problem in the United States is real and there are millions of people who need help. More effort should be placed on getting addicts into drug rehabilitation programs and less effort put on incarcerating or ignoring the problem. If you or someone you know is suffering from a drug or alcohol addiction and you are looking for a drug treatment program in Detroit, contact us at Metropolitan Rehabilitation Center. We have been helping the residents of Oak Park regain sober lives for over 25 years and we can’t wait to help you. For more information or to enroll in one of our services, call today.