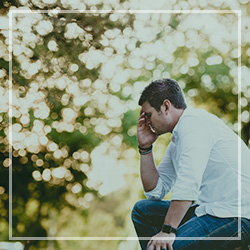 In the 1960s America, there was a significant increase in illicit drug use. Drugs such as marijuana and cocaine became symbols of youthful rebellion, reckless freedom, and a way to “stick it to the man,” so to speak. Drug use was almost a cultural norm and was socially acceptable among the free-loving liberals protesting political and social policies. In 1971, President Nixon declared a “war on drugs” to help fight back against the negative criminal, socioeconomic, and public health effects of illicit drugs. For decades, authorities ramped up the efforts to remove illegal drug users from the population by arresting and charging users for being under the influence or in possession of drugs. Recently, however, the global drug epidemic has proven that drug addiction is a serious condition, one that cannot be cured through criminalization. New tactics are being employed to help reduce the stigma of addiction to help users recover rather than a life of hiding.

Still not widely popular or available, safe injection sites may be the wave of the future. The proven success of Vancouver safe injection sites, both in terms of public health and user safety, have caught the attention of public officials in the United States. Several major cities across the United States either already have safe injection sites or are in the process of opening them. Safe injection site clinics offer illicit drug users a place to go to receive clean needles and supervision to prevent overdose. The main goal of these sites is to cut down on needle sharing, accidental overdose, and reducing user vulnerability to violence or exploitation while high. These sites provide users with clean needles and antiseptic wipes to allow them to safely inject the drug and then dispose of the used needle properly. The sites are equipped with safe places to experience the high and be monitored for respiratory depression. While these sites remain controversial, they have proven effective in saving the lives of thousands of addicts as well as significantly cutting community costs spent on EMS response and hospital admission for accidental overdose. These sites decriminalize the act of using illicit drugs in the hopes of preventing addicts from hiding in alleys or other unsafe situations to use, away from the watchful eye of law enforcement.

Another way that many communities have begun to help solve the addiction crisis is to offer rehab in lieu of prison time. While many argue that prison is as good as rehab, all prison does is keep the addict away from their drug of choice, without treating the underlying cause of addiction or reduce the cravings for the substance. Once released, many addicts fall right back into their pre-incarceration habits and continue on a path of addiction. Criminalizing illicit drug use punishes the user rather than attacking the problem at the source — the supply. Many courts have opted to offer a rehab instead of a prison sentence to help addicts find the recovery they need to live a clean life. Offering rehab as an option helps to treat the addiction and prevent relapse. While these alternative sentences are accompanied by probation and a set of strict rules, it helps keep addicts out of prison and keeping drugs out of the community. Decriminalizing the use of illicit drugs helps to promote seeking help rather than forcing users to hide for fear of arrest.

Over the years, the need to aggressively fight addiction rather than attack drug users has become apparent. Public officials have begun seeking out alternative options for treating the drug epidemic, beginning with the decriminalization of drug use. In a supportive environment, invested in the health and recovery of an addict, many more users can find success in recovery efforts. If you or someone you know suffers from a drug addiction, do not bide in silence with shame and fear, seek help and find the healthy, sober life you deserve. For drug addiction rehab in the Detroit area, contact us at Metro Rehab. We are dedicated to providing the entire Oak Park community with safe and effective methods to get clean. Start your journey to a sober life today!