There is a common fear among both opiate addicts and their families that medication addiction recovery treatments such as methadone simply replace one addiction for another. This is usually based on the history of opiates and the modifications used to treat different ailments. For instance, heroin was initially introduced by the medical community as a treatment option for morphine addiction. When it was discovered that heroin was more addictive and more lethal, methadone was introduced as the treatment for heroin addiction. However, no, using methadone is not simply replacing one addiction for another. Here, we will take a look at how methadone works to effectively treat opiate addiction.

Methadone is a synthetic opiate derivative that affects the same receptor sites in the brain as heroin and other narcotics but does not produce the euphoric high that other opiates do. The effects of methadone are much slower than that of heroin, so there is no “rush” — nor crash — that is common in the high of other narcotic drugs. However, methadone uses the same receptor sites as all other opiates, which helps to satisfy cravings. Additionally, if an addict takes methadone and then still uses illicit heroin or a prescription narcotic, the effects will be blocked by the methadone.

Methadone is a medication that is made under strict regulation. The formula is not deviated from and each dose is precise. In contrast, street heroin is made in illegal shops, with no regulation. Each dose has the potential to different, in addition to being “cut” with other substances. Once the manufacturer has passed the product on to the distributor, oftentimes the drug is cut again before being sold to the end user. Cutting a drug is a process of mixing similar substances to stretch how far the initial quantity goes, or with the intent of creating custom drugs with specific desired effects. For instance, some dealers may use ground up talc, aspirin, or laxatives to add mass to their supply before selling it. Or, adding fentanyl is popular for providing a bigger initial kick. Street heroin in the United States typically has between a 50 to 60 percent purity rating, with some as low as two percent! This means that once the heroin is taken, it is unclear what was actually consumed.

The effects of methadone can be calculated based on the dose administered and the weight of the patient who consumes it. The effects of heroin are completely dependent on the unknown purity of the drug.

Methadone is an effective narcotic pain reliever that works in the brain to alter the perception of pain just like any other opiate. So, although methadone is used to ease the symptoms of withdrawal from other narcotics, if it is taken to relieve pain, one can develop a tolerance and develop a dependency on the drug. Although it does not produce the same “high” as other narcotic drugs, the physical dependence can lead to addiction. 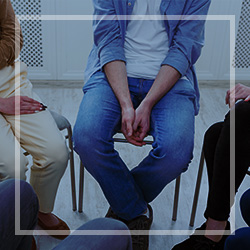 Methadone is a Schedule II narcotic, which means the use and distribution of the drug are highly regulated. Methadone is administered by medical professionals in treatment facilities and clinics in single doses to prevent abuse. Methadone is meant to be used in combination with other withdrawal treatment drugs and addiction recovery modalities including behavior modification and counseling. Proper dosages should be taken at specific time intervals and every effort should be made to taper the dose down as other means of drug rehabilitation are proven effective for the patient, to avoid the patient developing a dependency on the drug.

Methadone is the treatment of choice, in combination with other modalities, for heroin and prescription narcotic addiction. While there are some risks associated with methadone use, they are minimal when compared to the other narcotics. Careful monitoring is used to ensure that an addict is not becoming dependent on the drug to avoid addiction. Methadone, when used with other medications such as buprenorphine, and supportive counseling are effective in treating narcotic addiction. In contrast, abstinence-only rehabilitation often leads to deadly relapse and overdose. Methadone use, while addictive, is far from swapping one addiction for another, it is a solution to combating a deadly narcotic addiction. If you or someone you love is struggling to overcome a narcotic addiction, contact Metro Rehab in Detroit for more information about methadone and other drug rehab treatment options.