Since the 1970s, Methadone has been used to help treat opiate addiction. It is an opioid derivative, which activates the same receptors in the brain as heroin or prescription opioids such as Vicodin or Percocet. Methadone is used to block the effects of opioids to help decrease cravings and to help offer a safer alternative to heroin. Methadone, while it does help block some of the pain receptors, does not produce the same high that other opioids do, which allows the user to function normally. The goal of methadone treatment is to offer a replacement drug while a drug addict is in recovery, as part of the drug rehabilitation process. Methadone is a long-acting drug that stays in the body for up to 56 hours and helps to prevent relapse. 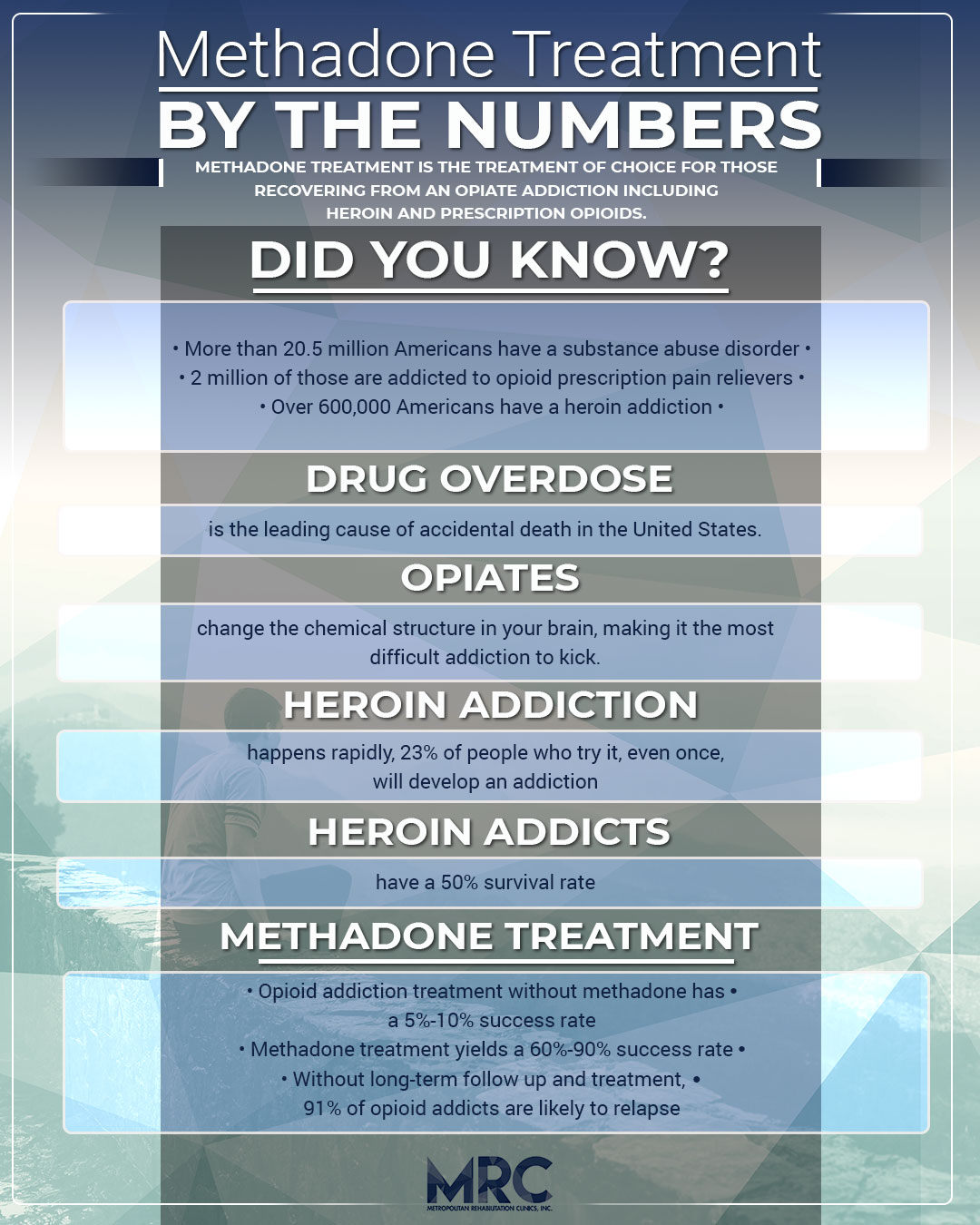 The success rates of methadone treatment

The critics of methadone treatment programs

Methadone treatment, for as long as it has been a treatment option, has been debated heavily. Because approximately 25 percent of opioid users who enter a methadone treatment program become addicted to methadone, many argue is it a treatment program at all or is it simply an alternative addiction. These critics are usually ignorant to the difference between heroin addiction and other addictions, as well as the rapid changes in the brain. Opiate addiction chemically alters the brain, unlike drugs like nicotine or alcohol, and creates a physical dependence on the drug that does not reverse over time. This makes it incredibly difficult to rehabilitate opiate addicts and to ensure long-term sobriety. While methadone treatment may not yield the 90 percent success rates that people may want to see to become full-fledged supporters, the opiate problem is devastating and robbing hundreds of thousand American lives each year. For those who operate methadone treatment programs, those 25 to 60 percent that reenter society, sober, makes the whole program worth it. Some critics also argue that methadone clinics are usually free or funded by Medicaid or some other form of taxpayer funded assistance. While this may be true, the cost of methadone treatment versus the cost of a heroin addict on the street or in prison, saves the taxpayer 12 dollars for every one that is spent.

Methadone treatment, in conjunction with drug addiction counseling and treatment, is the best option for recovery for heroin and opioid drug users. If you or someone you love is battling a drug addiction and is looking for drug rehabilitation or methadone treatment in detroit, contact us at Metropolitan Rehabilitation Center. We have been helping Oak Park residents find a sober life for over 30 years. Contact us today!